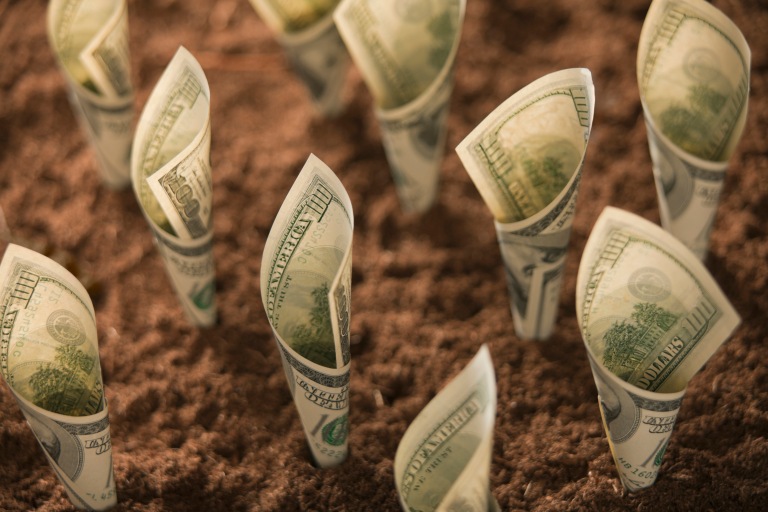 There’s a branch of Christianity that promises a direct path to the good life. It is called by many names, but most often it is nicknamed the “prosperity gospel” for its bold central claim that God will give you your heart’s desires: money in the bank, a healthy body, a thriving family, and boundless happiness.

This was not the faith I grew up with on the prairies of Manitoba, Canada, surrounded by communities of Mennonites. I learned at my Anabaptist Bible camp about a poor carpenter from Galilee who taught that a good life was a simple one.

But when I was 18 or so, I started hearing stories about a different kind of faith with a formula for success. At first, I followed my interest in the prosperity gospel like a storm chaser, finding any megachurch within driving distance of a family vacation. I started at Yale Divinity School for my master’s ready to devote myself to analyzing this unusual theology.

By 25, I was traveling the country interviewing this movement’s celebrities for my doctoral research. Eventually, I wrote the first history of the prosperity gospel from its roots in the late 19th century to its modern mix of TV preachers and suburban megachurches.

During my years of research, I talked to televangelists who offered spiritual guarantees that viewers would receive money from God’s own hands, I held hands with people in wheelchairs praying at the altar to be cured. They, too, thought faith contained an implicit promise of earthly reward.

I thought I was trying to understand how millions of North Americans had started asking God for more than subsistence. How they seemed to want permission to experience the luxuries of life as a reward for good behavior.

In popular culture, the movement was best known for Jim and Tammy Faye Bakker, the de facto king and queen of 1980s televangelism. Their media empire toppled when Jim was convicted of financial fraud and the scandal cemented in most people’s minds the idea that the prosperity gospel was fundamentally about gold faucets, thick mink coats, and matching his-and-her Mercedes — and very little else.

Some believers in the prosperity gospel seek wealth. But others just want reassurance.

It is true that the prosperity gospel encourages people — especially its leaders — to revel in private jets and multimillion-dollar homes as evidence of God’s love. But among the less well-heeled believers, I sensed a different kind of yearning, one that wasn’t entirely materialistic. Believers wanted an escape: from poverty, failing health, and the feeling that their lives were leaky buckets.

Some people wanted Bentleys, but more wanted relief from the wounds of their past and the pain of their present. People wanted salvation from bleak medical diagnoses; they wanted to see God rescue their broken teenagers or their misfiring marriages. They wanted talismans to ward off the things that go bump in the night. They wanted an iota of power over the things that ripped their lives apart at the seams.

What they wanted was reassurance: that if they prayed, and believed, and lived righteously, they would be rewarded with some measure of comfort.

The prosperity gospel is a theodicy, an explanation for the problem of evil. It is an answer to the questions that take our lives apart: Why do some people get healed and some people don’t? Why do some people leap and land on their feet while others tumble all the way down? Why do some babies die in their cribs and some bitter souls live to see their great-grandchildren?

I would love to report that what I found in the prosperity gospel was something so foreign and terrible to me that I was warned away. After all, the moral and logical flaws in this theology are all too evident; it explains away misfortune as something that can and ought to be held at bay through faith and prayer. But what I discovered was both familiar and painfully sweet.

I felt the lure of the promise that I could curate my life, minimize my losses, and stand on my successes. No matter how many times I rolled my eyes at the creed’s outrageous certainties, I craved them just the same. I had my own prosperity gospel, a flowering weed grown in with all the rest.

Married in my 20s to a lovely Mennonite. Then a baby in my 30s. I won a job at my alma mater straight out of graduate school. I felt breathless with the possibilities. It was a certainty, plain and simple, that God had a worthy plan for my life. I wanted God to make me good and make me faithful — with just a few shining accolades along the way. I was willing to accept some setbacks but thought each one would also serve as a step forward; any hardships would be only detours on my long life’s journey. I believed God would make a way.

I don’t believe that anymore.

The reckoning that challenged my theology

One moment I was a regular person with regular problems; the next, I was someone with cancer. Stage 4 cancer. Before my mind could apprehend it, it was there — swelling to take up every space my imagination could touch. A new and unwanted reality. There was a before, and now there was an after. Time slowed to a pulse. Am I breathing? I wondered. Do I want to?

I plead with a God of Maybe, who may or may not let me collect more years. It is a God I love, and a God that breaks my heart.

Anyone who has lived in the aftermath of something like this knows that it signifies the arrival of three questions so simple that they seem, in turn, too shallow and too deep.

God, are you here?

What does this suffering mean?

At first, those questions had enormous weight and urgency. I could hear Him. I could almost make out an answer. But that’s been drowned out by what I have heard a thousand times from people down here. “Everything happens for a reason” or “God is writing a better story.” Apparently, God is also busy going around opening doors and closing windows. He can’t get enough of that.

For believers, do all things really “work together for good”?

A world I love is ending, and so many people seem to know why. Most of their explanations are reassurances that even this is a secret plan to improve me. “God has a better plan!” “This is a test and it will make you stronger!” Sometimes these explanations are peppered with scriptures like, “We know that for those who love God all things work together for good” (Romans 8:28).

Except that the author of that passage, Paul, worshipped God with every breath until his body was dumped in an unmarked grave after being summarily executed by the empire. But I know what they’re saying. It would be nice if catastrophes were divine conspiracies to undo what time and unfaithfulness have done to my wandering soul.

Other people want to assure me that what I’ve had is enough. “At least you have your son. At least you’ve had an amazing marriage.” I have been stripped down to the studs, and everything of worth I have accumulated is being appraised with a keen eye.

I am certain that when I die, some beautiful moron will tell my husband, “God needed an angel,” because God is sadistic like that.

This is what I think about sometimes. What people will say to the man with sandy hair and eyes I have loved since we were 15 and thought we would never die.

We want to believe we can shape our life’s course

I don’t think I knew enough about longing 10 years ago when I started investigating the prosperity gospel. I had just bought a little house with the man I love. I filled it with books, Ikea furniture, and a soft dog with legs as stout as soup cans. I was steeped in the lore of eternal youth. My life was something I could mold, or at least correct with a surge of determination. It was the same unlimited confidence that the prosperity gospel calls “victory.” Nothing was broken yet that could not be fixed.

What gives the prosperity movement breadth and depth for many is its thorough accounting for the pain of life and the longing we have for restoration. For those trapped in failing bodies or broken relationships or the painful possibility that their lives might never be made whole, Americans turn to this message of hope. If life is a game, one with rules for success that anyone can use, then maybe they can win.

I had always loved to hear those delicious reassurances that the best is yet to come, bits of scripture and common wisdom and folksy advice from strangers and friends. God is making things right. God will save me from the unthinkable. I will not be eaten up by cancer before my hair turns gray.

I know the temptations of believing such things. It is hard to give up the hope for perpetual worldly betterment. But today will have to be like any other, with bloodwork and test results, decisions to be made and side effects managed. Today will be filled with possibilities and inevitabilities, with only the slenderest separation of difference between them. And enough reminders that joy persists, somehow.

Kate Bowler is an assistant professor at Duke Divinity School, the author of Everything Happens for a Reason: And Other Lies I’ve Loved (from which this piece has been adapted), and the host of the podcast Everything Happens. Find her on Twitter @KatecBowler.