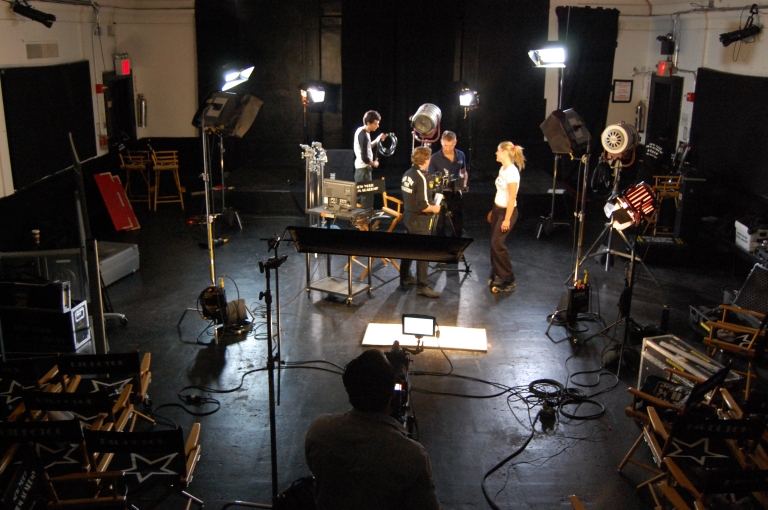 One of the greatest problems in religion in a ([post]post)modern era is the absence of good storytelling. For a hundred different reasons, the zenith of our storytelling abilities seems to have been -ironically – lost. In my own faith, Christianity, I lament that our most celebrated films are Left Behind and Fireproof, or are qualified by the title Christian filmmaking. To me, that qualifier sends a clear message: This will be bad, but we get a free pass since it’s Christian. And if you don’t like this film, then you’re not a good/faithful/enlightened person of faith.

A few years ago, I worked in television production. I don’t talk about that time much, but I worked at a news station, and left to build a communications division for a church. I was good. Not the best, but certainly good, and if I’m being candid, I wanted to work my way into independent film production. But then suddenly, I left. I looked around and, in a season of deep depression, walked away from all of it because I came to believe that my faith, Christianity, simply wasn’t any good at telling compelling stories. So, I did what anyone would do. I went back to school and, much to my father’s disappointment, got a Masters in Literature.

I’ve always loved stories. Talking about them, reading them, telling them, and it’s a gift when people share their life stories with me. If you were to meet me, within an hour, I will have tried at least five time to “mine” your life for your story. Who are you? Where are you from? Where are you going? What is your arc? Who are the secondary characters in your life – spouse? Kids? Friends? Music? Tell me about where you belong in the world. I began giving away my movie collection, because that is how I deal with this – I deconstruct and rebuild in a healthier way. I had to get rid of anything that would influence how I saw things – those movies that might sway or influence how I understood what a good film or story was.

Out of that time, I started making notes. What are some of the factors that make a story good? What makes a film worth watching? Naturally, I studied Joseph Campbell’s model of the hero’s quest. In it’s most simplistic form, Campbell’s model is separation, initiation, return. in it’s more complex variation, there are some 17 stages or points. It’s all heady stuff, but contributes to the patterns we see in religion, myth, literature, film, and human experience. We understand that “it’ll be okay” based on this model. After all, aren’t good stories, good films, those that most accurately capture our own experience, even if they are outside our experience?

Here are a few questions to help deconstruct a film in a safe, easy, and convenient way: