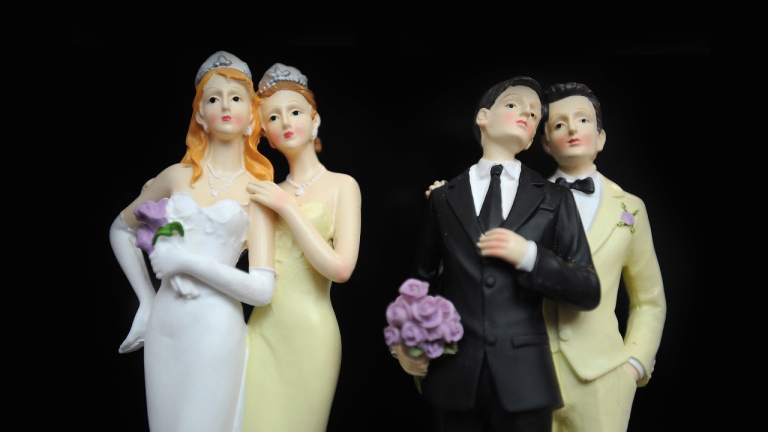 Also published on Sexuality & the City

When I tell people the focus of my research – the construction of sexual morality and ethical behavior – their eyes glaze over pretty quickly. It’s the struggle of every professional: the self-described “banker” whose work deals with currency trading in foreign markets, the “doctor” who specializes in geriatric neurology, the “graphic designer” who reverse-engineers popular design suites. No matter how interesting, even “sexy,” your particular niche is, someone else finds it abysmally boring.

My focus is the construction of sexual meaning – what we think we’re talking about when we talk about sex (and relationships). Sometimes, it is easier to tell people that I’m going to become a “sexologist” because that sounds sexy and exotic. And while it is true, if I am pressed for the long version of This Thing I Do, my work focuses on how people develop ethical constructs which affect their self-image, sexual expression, relationships, and – yes – sexual behavior. At the core of this sexy answer though is something incredibly boring to (or easily dismissed by) most people – ethics.

I recently got into a volley of e-mails with a workmate about the nature of ethics. A peer of ours admitted to some questionable behavior which should have caused her to step away from the role of leadership she has in her community. My workmate felt the peer was justified in flaunting her behavior; “life can be messy sometimes – we’re all going through some kind of process. At least she was honest about it!” By the end of our exchange, I felt disheartened and frustrated. I felt I had yet another example on my hands of why discussions on ethics and morality don’t matter to people. Most of us will just do and say whatever we want, and issues of “right and wrong” really boil down to people’s individual opinions in a special circumstance. For my workmate, it didn’t matter what a business contact of ours did. “They meant well.” It didn’t matter that this person had admitted to predatory behavior and flippantly dismissed any suggestion of accountability. What mattered was that this person was “being honest” and was going through a “process.” They shouldn’t be expected to be “their best self.”

Typically, I’m very generous at forgiving people. I may not be open about the particulars, but my formative years were not exactly four poster beds and picket fences with the nuclear family, and my young adulthood was not squeaky-clean. I have no room to judge anyone, but I still feel that there comes a point where people need to express some kind of ethical behavior, some kind of accountability, to assure their community they are really trying. For example, I once worked with a religious leader who admitted to sexual misconduct and advised him (along with the board we worked for) to step down for a year to work on personal issues and repair his marriage. The hope at the time was that this would communicate to his congregation that he took his “sin” seriously and that marriage – particularly his own – was a priority to him. At base, what the congregation – including his wife – asked was for him to embody the ethical models he idealized. If, as he had claimed so many times from the pulpit, marriage was important and worth repairing, then he should have proven it. Instead, he refused, believing that the request was disciplinary rather than reparative.

The thing about ethics is that they sound “great” – but they are proven when things are “not great.” Our true selves, what we really believe and the reasons why (or why not) come out in times of crises. Not when everything is copacetic. Scott Adams, the creator of the Dilbert series, recently highlighted the importance of a system rather than a goal. As he puts it, “To minimize the feeling of absurdity in your life, I recommend using a specific system for sorting truth from fiction… there are at least six common ways to sort truth from fiction, and interestingly, each one is a complete train wreck.”

Adams abiding argument (even if it is satirical at points) is that, yes, certain behaviors will get results. But the ends don’t justify the means; approaching life without guiding principles is a haphazard life at best and terribly destructive to others at all times because our individual goals are part of a larger network, a system whose goal is a “good” society of which the individual is only part. This is where our construction of ethics and morals come in. Where do we get our ideas regarding “right” or “good” and who (or what) takes precedent?

Ethics is a philosophical term for those guiding principles that govern an individual and the communities they travel through. It always involves another life and speaks to the aspirations of both the individual and the individual as part of a system of cultural values – sometimes explicit, sometimes intuitive, but more often just “the way things are.” It is a social contract, a mode de vie so inherent that most of us are unable to explain why we believe things are right or wrong, much less the philosophical development upon which we base our decisions and daily judgments.

But why would we want to? Articulating what we think, especially when we tack on labels of judgment like “right” and “wrong” makes for tense conversation. I would suggest that most of suppress philosophical discussion for, ironically enough, social reasons. It is too difficult, requiring too much of our mental and emotional faculties, but more than that it often causes us to “lose face” with our peers when we stake out an opinion. Instead, we settle for a laissez faire “you do you” attitude that is decisively against the ideal system we seek to create, but which is easier for us, individually. This might be why we are seeing such upheavals in Western society right now. We are an opinionated but uninformed generation where everyone gets an award for participation – but not too much! If we win, our friends will feel like losers. We make fun of those who excel as a form of policing, and anyone who names their inspiration – be it grandma or religion or shopping – is quickly shamed for their elitism, privilege, or insensitivity. In turn, we privatize our lives with increasing depth and rapidity learning to keep our joys, our sorrows, and the sensitive inner terrain to ourselves. Reacting to this unnatural state, we perpetuate insular self-deputization. We are our own authority; the rest of the world be damned if they try to tell us how to live. Many of the characters in Portlandia satirize this perfectly. If we bike, the bike lane should be sacrosanct. If we drive, cars are the bigger and force majure should rule the roadway. If we have read the same article as our friend, we are the ones who extracted the most information and truth. Our children deserve special privileges. The list goes on and though we laugh, we continue this vicious cycle. And again, anyone who says they feed the poor because that is the “right” thing to do is punished for claiming moral superiority. No one will make us feel ashamed for not being charitable. If someone says they think going to church or yoga or meditating is important? Again, we ridicule their pretentiousness before they can make us feel unbalanced, unfocused, uncentered. We never pause to think of our deep-seated animosity as being predatory or the exact kind of thing that ancient civilizations forward to the present have tried to resist by appealing to this governing idea of ethics, a social contract for a better society.

While we might agree there are universal truths worth celebrating in theory, things like helping others or valuing the lives of the innocent become dicey because they involve other people. But as Howard Gardner puts it in his book, Five Minds for the Future, while we sometimes think that ethics is a concern for the philosopher or the business professional (after all, haven’t they made a mess of things for us and shouldn’t they be more responsible with our money?), “the ethical mind is not restricted to the workplace. I believe that the role of a citizen calls equally for an ethical orientation – a conviction that one’s community should possess certain characteristics of which one is proud and a commitment personally to work toward the realization of the virtuous community.” Ethics is never masturbatory, never self-gratifying. It is a system of goals – never singular – where the goals often compete with one another, creating a system of tension striving towards the highest ideals we claim to hold. But the ideal requires we work and work together. I pause with both of those – work, and work together – because the two are not always complimentary. Indeed, as I have been saying, self-reliance is a modern temptation and where we neglect our neighbor (or even, if I might press a bit further, “the stranger living among us”) we are behaving unethically.

2 thoughts on “Construction of Sexual Ethics, pt. I”