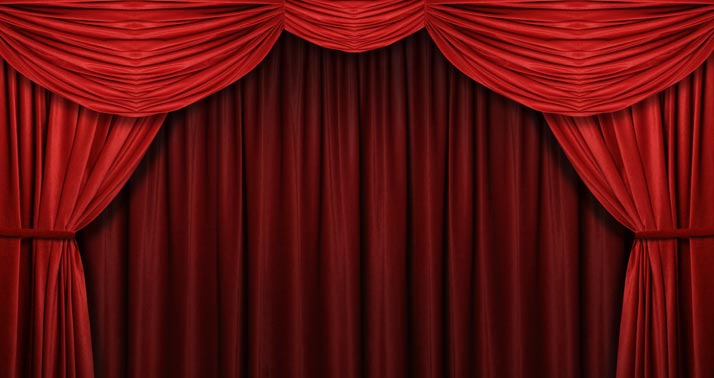 Last month, through a series of events, I found myself volunteering to forward the first few chapters of my autobiography. There is only so many times you can refer to “all that happened” before people start asking… well… “what happened?” and I wanted to try and clear things up for her, give a timeline and such. A couple of years ago, I had started to record the whole story. Truth be told, I was suicidal at the time and wanted someone – anyone – to know the truth of what happened, to know that my silence wasn’t acceptance. So I started working on it, typing away when I wasn’t teaching, working, or sleeping. Every free moment was devoted to setting the story straight. All of this was posted on my previous blog but when I eventually decided to pull the plug on that site altogether, I copied the files there – short stories, journal entries, recipes, song lyrics and poetry, and yes, the autobiographical files for posterity. So when this friend said she wanted a “timeline” I offered up those files from long ago.

Only one catch: I didn’t find them.

In making the transfer from blog/site to jump drive, it appears that I erased the entire “bio” file. I’ve scoured everything on two laptops and five jump drives and can.not. find it. Which is a shame, I guess, but very characteristic of me. As an artist, when I can no longer see value in my work, I burn it. It appears that’s what happened here.

What I did find among the wreckage of those days was still unsettling. At least to me. Among the poetry, wild journal entries, and madness there was a short note reading simply,

It was dated 22 Nov, 2010 which is one of those dates seared and scarred into my mind, making those five cryptic words all the more meaningful.

Second acts have always been my favorite part of books and film. Until I grew up, I enjoyed the original Star Wars franchise. Luke, Leia, Han – friendship, love, adventure. I grew up on the trilogy and would have argued with you all day that Star Wars was “lightyears” (and lightsabers) better than Star Trek. I mean, come on. You speak Klingon. Whoop-te-doo. Now go get a facial. Still, even as a child, I recognized the faults of the trilogy. I felt the Ewoks were a horrible addition of course, but the bad cinematography  and film stock was unforgivable – especially given the “look” that director Kasdan brought previously. And so it was that I was disappointed in Return of the Jedi and felt that A New Hope was good but really almost forgettable if it weren’t for the other two entries in the series.

But then there was The Empire Strikes Back, right there in the center, Act Two, with as much adventure and action and romance and… Gosh, coolness, right? as you could ever hope for. Han rocked his leather jacket and feathered hair like a boss, Luke became a Jedi, and (best of all) because of Leia, I developed a “thing” for smart girls with dark hair. Seriously, a smart girl is like kryptonite and it might explain why I think Tina Fey is mildly attractive. But I digress…

For all of the “coolness” of Empire, as I grew older I came to see why I really loved the film – because nothing really happens. We’re not meeting the characters like we did in the first movie, and the team hasn’t defeated the Empire yet. In many ways, Empire is… well… boring because nothing really “big” happens.

In terms of success, the team fails over and over in this movie. Short of execution by firing squad, they really lose everything with that little joyride of theirs to Cloud City. Which is why Lucas had to end the film with the surprise that Darth Vader was Luke’s father! If there wasn’t a shock to wake people up, the movie would have just… listed lazily to the left. Exciting? Sure. But the story doesn’t really “secure” anything. It only serves to destabilize what we thought we knew.

I’m a big supporter of “second acts” because I believe it is, in fact, where all of the action takes place. The characters have to determine who they really are and who they want to become -which is not always an easy task, as Empire proves. Luke has to continue to choose to become a Jedi even after he fails. Leia has to continue to choose to love Han, even after he is nearly killed. She has to choose to let love win. Joseph Campbell calls this “the crossing of the second threshold” or apotheosis. It is where a character must decide whether to turn back now that they have faced the true depth of adversity or whether they will forge ahead. It is where they must confront “the wild” within and revert (ultimately to primacy) or evolve into something greater. (see graphic)

For another parallel, let’s consider Tolkien’s Fellowship of the Ring. At the end of Act Two (which begins with the Council at Rivendell and ends with them leaving the Mines of Moria), the fellowship loses Gandalf. Since this is the “second act” of the first part of the trilogy, it is considered a micro-second act and it is here that they must decide whether to continue even though uncertain how best to proceed or choose to remain static and devolve (in their case, to death). Their choice to continue forward inaugurates the macro-Second Act of The Two Towers where, again, we see major character development in Hobbits and Humans as they confront their concerns and move forward – some to death, other to glory and riches. It is a double-edged sword. You will either live or you will die. There is no in-between.

What I am getting at is two-fold… which is appropriate, I suppose, for a post on “Act Two.”

One, we must realize that our shared stories – film, books, music, myths and legends – all involve the idea of continuing. Life does not end with the setback; we move forward, evolve, change, adapt, and grow. This cycle is heavily fraught with the metaphysical as well as the metaphorical. While each story is unique, they are never alone. Others have had setbacks as well, and there is comfort in knowing the challenges that others around us have endured. We gather strength and courage from the knowledge that our friends and family – even fictional characters – have faced death and lived to tell the tale.

Second, what I intend by all of this is to point out our own second acts. The ones we live out every day. The challenges, the frustrations and the unexpected moments of relief, of joy, of laughter shared only with those who, like us, have survived.

Entertainment Weekly has a story in this week’s copy on Second Acts and celebrities who have found new popularity because they have “come back from the dead.” My favorite “comeback” story? Ben Affleck. 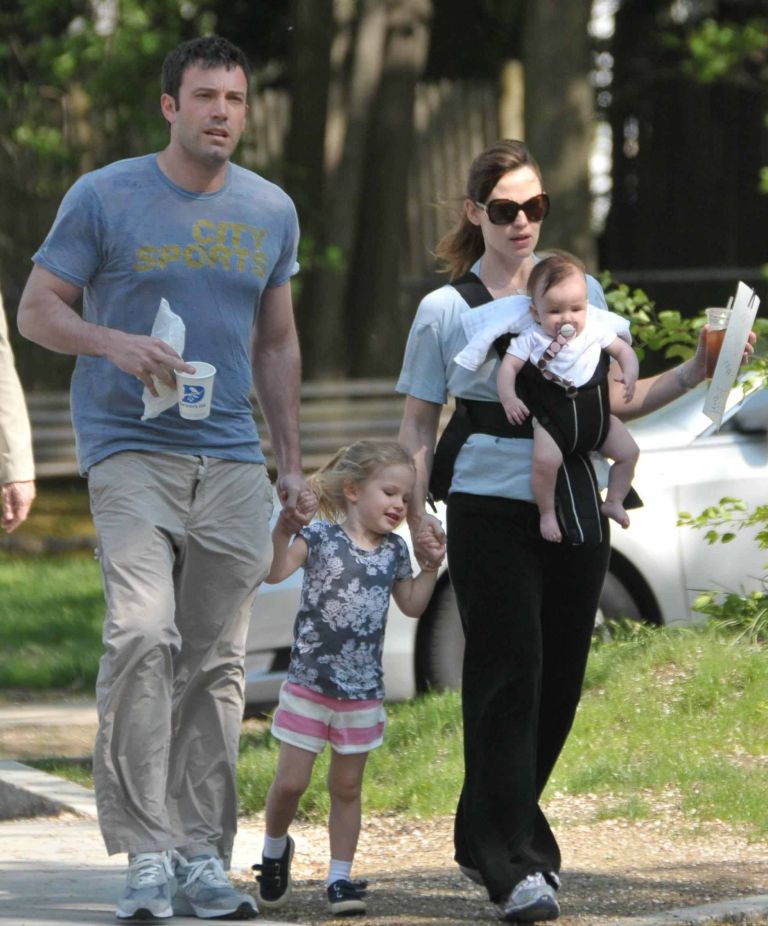 I could post photos of Affleck + Co. for a half hour every morning on my Tumblr and easily feel happy until the afternoon. Easily.

For the last few years, I have considered Ben Affleck and Jennifer Garner the real “Hollywood Couple” (not Brad Pitt and Angelina Jolie) because Affleck’s career was a complete failure. DOA. He peaked with Goodwill Hunting. Everything after that was dismal – professionally and personally. He and Gwyneth Paltrow broke up, he moves on to Jennifer Lopez and they break up, he develops a drinking and drug problem, all of his movies tank (book-ending with Gigli) and he starts doing forgettable cameos  in forgettable, smaller roles. And then he hits rock-bottom. Reality television. And not even good reality television. Poker Championship television. It’s like he was on self-destruct mode with a freight train!

But then… He decided to pull his shit together. And his second act has been nothing except exceptional. He’s an awesome director (The Town was better than The Departed. That says something when your film is better than a Scorsese), his acting has become top-of-the-game, and moreover, he married a hottie like Jennifer Garner and has become a very public dad. You can hardly get a photo of him off-set without his wife and kids and… I. Love. That. I love to see well-dressed men taking responsibility and spending time with their family because it inspires me and other men to realize “boozing and whoring” isn’t the only option for us. We can be responsible without becoming a balding, man-boob-wearing schlub driving a minivan. But then I think about Jennifer Garner and it settles on me that love can save us. It can inspire us to do the impossible, and it brings continued strength. I love seeing photos of Affleck and his family because it is so simple yet so… wonderful. Love saves us.

As much as I like Ben Affleck now, I want to return to the idea that we each must come to terms with our own Second Act. We must decide whether we are willing to make sacrifices and cross the threshold into the unknown, or whether we will die never to rise again.

Affleck could have spent the rest of his life drinking, partying and playing poker. He was good at it. That’s the thing, even as a “failure” he was still successful at failing. Those gifts were always there within him – he just had to decide to focus them in another direction. And look how well it turned out for him.

Today, I want to encourage you (gosh, as much as myself!) to embark on the Second Act and continue in it. What happened happened.

Now it’s time to get on with living, to begin again.